Why We Love Pixar

It was of course perfect chance, luck, whatever you might call it, that being born in ’95 made it feel like Pixar was created specifically for my childhood. While they released their first films in ’95 and ’98, the way the movies were released correlated so perfectly as I grew up with my friends and family. It was this perfect timing that made Pixar feel like it was a part of our lives, a part of our culture and certainly a large piece in our movie portfolio – following us along as we grew older.

As a kid growing up in the late 90s and early 2000s, I think anyone from this era can say we had an incredible amount of content directed at our demographic, whether it was on Nickelodeon with cartoons like Rocket Power and SpongeBob which I still idolize to this day, or the bizarre but weirdly amusing Cartoon Network with shows like Dexter’s lab or Courage the Cowardly Dog, or the kid-focused sitcoms on Disney Channel – and in every advertisement and toy store in between. With so many thousands of cartoons and animations pulling us in a million directions, why did Pixar stand out to us as kids? What made them so special? The answer is simple.

Pixar knows how to tell an incredible story, both visually and emotionally.

While every show and movie is telling a story somewhere along the way, Pixar was able to first grab your attention because, well, it’s so visually appealing! I think most of us can say when you first look at a Pixar film, you are drawn in immediately by the style of animation. That was the unique value proposition that made them special. The 3D animation with eye-popping colors, beautiful designs and realistic movements, all captured perfectly on screen in ways that most of us have never seen before.

But while you are drawn in by the colors, the realism, the textures, lights, colors, sounds and ethereal experience created with beyond amazing sound mixing, graphic design and editing (who I should say are the true MVPs for most of these films, alongside the writers), you stay for the narratives they create. For Pixar, they brought together brilliant storytellers to craft tales engrained in reality but accessible by all audiences by weaving in themes of what it means to be alive. I mentioned yes, the movies came out while I was growing up and felt tailored to us as kids, but these tales were also made for everyone, all over the world, to enjoy. It is rare to say a film can attract audiences of all ages with varying preferences and leave them laughing, crying, joyful or saddened – regardless of who you are.

Let’s start with Toy Story, the iconic Pixar film, is a colorful joyride and a brilliant idea come to life. I mean how metaphorical do you have to get besides a child’s toys coming to life and interacting 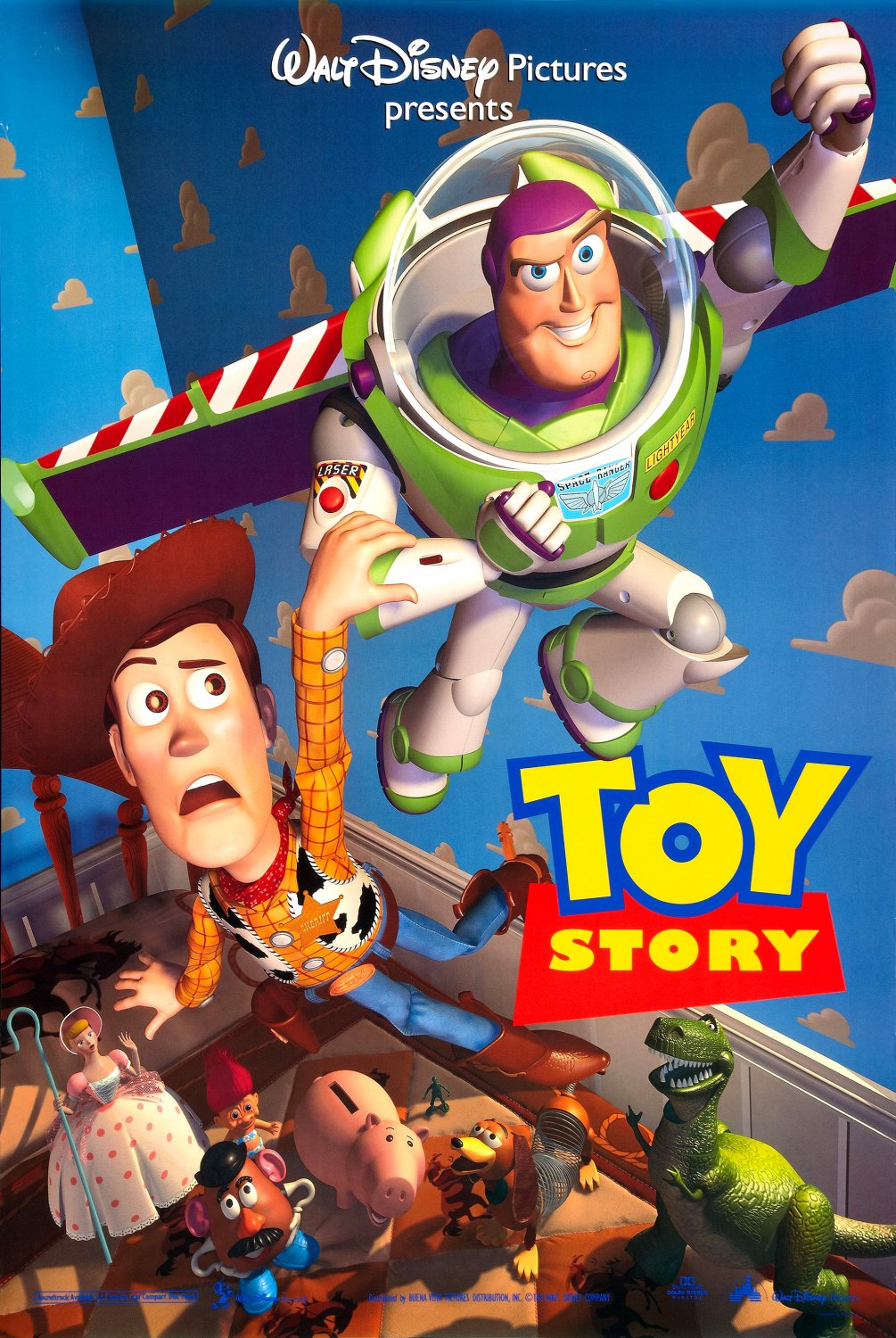 like human adult beings to make you see the connections they are trying to make. Tom Hanks voice acting is beyond amazing and feels so real that you hardly remember they are toys at all after 15 minutes in. You are in fact then thrown so deeply into the tale of adventure and excitement that you enter its world and only emerge when the credits finally roll. Woody, Buzz, Slinky and the cast of colorful characters feel as real as you or me, and it creates an emotional bond with these characters and their trials and tribulations. Toy Story 2 does much of the same. And the third installment felt like it was made just for me and my age group – we grew up watching Woody and Buzz, playing their videogames, and then we say goodbye as Andy heads off to college, just like me and my friends at the time. That’s beyond normal storytelling; it becomes a piece of your life in ways you would’ve never thought before watching.

Finding Nemo, an emotional rollercoaster brings you through the Great Barrier Reef in all its colorful, magical glory, all in the quest of a father, Marlin the Clownfish, travelling the ocean to find his lost son. Dory, voiced by Ellen DeGeneres, is so damn funny and a perfect contrast to the uptight, insecure Marlin. While the film begins on such a jarring and deeply traumatic event, you are immediately thrown into its world, drawn forward because everyone sees a little of themselves in Marlin, Dory, or the other characters of the sea. These characters are colorful, and the voices feel like you know them personally, all the while you have the magnificent hues, textures, shapes, ripples and landscapes of the ocean bringing you underwater with them. Pixar not only creates a world here but thrusts you into a tale of adventure – because who wouldn’t go looking for their lost son – even if you were a clownfish?

The Incredibles, my personal favorite and a perfect example of this mature storytelling, was essentially a blockbuster action movie put to animation. I’m talking everything from guns, explosions, superheroes, villains (who were GENUINELY EVIL), fear, excitement and intrigue. Not only did this film feel like I was watching an action movie, but it brought together the best elements of Pixar’s

beautiful animation with a story that was loved by kids and parents alike. It was not only action packed, but funny. There are jokes, side-bars, actions and subtle events that you can appreciate more as you get older with subsequent viewings – but regardless, you don’t need them to enjoy the movie. It only enhances the experience as we get older. When I look at this movie, it gave me everything I could have ever wanted in an action film, but visually expressed it wonderfully.

Or even take Inside Out, for example. At first glance, this movie feels like its something directly made for the younger generation. But spend an hour or more watching through and you will realize the story takes you down a road of emotional turmoil, sadness, joy, melancholy and ends on a high note that was universally regarded by parents and kids alike (maybe even more so the older generations) as being so powerful. They literally took “emotions” and made them into real people. It’s the most symbolic you can get, and they pull it off so perfectly that you suspend your belief of reality (in that it’s animation) to watch these characters deal with real-life situations.

These are stories that transcend age, religion, geography, or social situation. Stories that resonate with their audience because they tackle real-life issues by giving life to animated characters so beautifully. Stories with characters that at their core feel so real to us because they pay emotional tribute to our feelings in a way that feels authentic. They tug at the heartstrings, they make us laugh, they show us passion, sadness, joy, and beauty, they make us feel, well, like we are real, living beings. And these stories remind us that the feelings you feel and the emotions you experience are not just in you, but in everyone. And in doing so, Pixar brings us all closer together, whether that be kids to their parents, friends, family, and really the world.