Baseball season is finally upon us, and there is no better time to reflect on one of the most important aspects of the game – the uniforms.

I love thinking about sports jerseys, logos, team names –the stuff we stare at for hours on end while we cheer on our favorite teams.

For whatever reason, baseball seems to have a lot of boring jerseys. I read a tweet last year that the World Series-winning Nationals looked like they played for Walgreens and I haven’t been able to unsee it since.

However, baseball does have some uniforms that rise above the rest. With apologies to my honorable mentions (Milwaukee Brewers, Kansas City Royals, San Francisco Giants), below are my top five baseball uniforms. 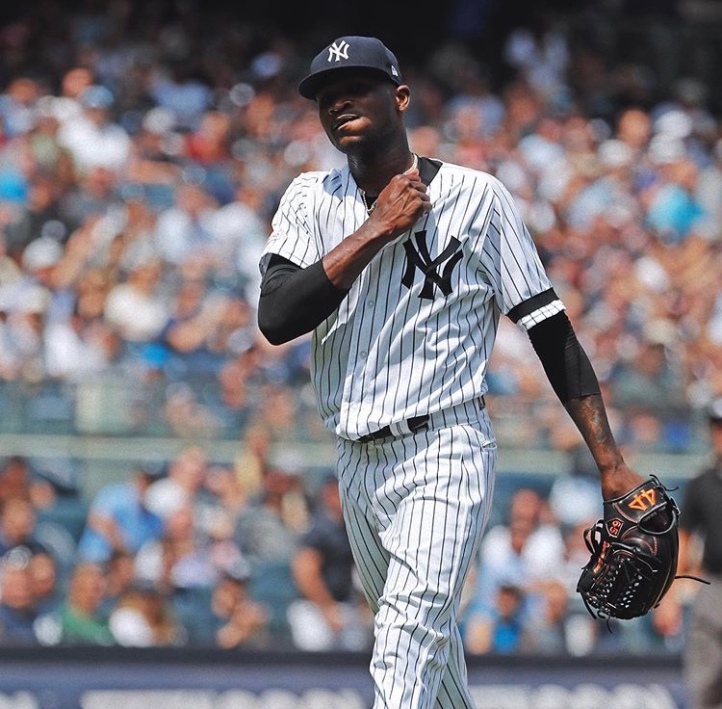 With arguably the most famous uniforms in all of sports, the Yankees HAD to make this list. And I must admit, the pinstripes have a timeless appeal. Just about any player would look good in a Yankees uniform. Minor points deducted for a bland color scheme. However, it’s hard not to think of legends like the Babe, Lou Gehrig and Mickey Mantle when you see the Bronx Bombers play, and that hit-you-over-the-head history has to count for something.

Orange and blue is a criminally underrated color combination and the Mets pull it off beautifully.  While they may not have the most famous pinstripes in their own city, I’d argue that the Mets wear them best. It could be memories of the Subway Series of 2000 or horrific images from the 1986 World Series, but the Mets give off a cool vintage vibe. They have one of the best hats in the game. And while this is a ranking of jerseys, they deserve credit for an apropos team name.

A jersey based on red can go very wrong, ranging from boring (Angels) to retina-burning (Phillies). The Cardinals, however, raise red to a baseball artform. The “StL” on the hat recalls all-time greats like Mark McGwire, Stan Musial, and Bob Gibson. The two cardinals on the bat across the front of the jersey are fun and add character. I’m not a huge fan of the powder blue alternates the team trots out from time to time, but the classic home whites are a thing of beauty.

The Dodgers take an overused color combination (blue, red, and white) and turn it into something gorgeous. The hat is pure beauty, with a simple “LA” on a deep blue background. The classic “Dodgers” script is great of course. But the red numbers on the front are my favorite touch. They really pop and add a distinctive note, vaulting the Dodgers up my rankings. A little dirt can’t stop these jerseys from stealing the show.

Note: yes I’m happy for Mookie. I wish him nothing but the best. Is it a little dusty in here or is it just me?

For me, no other uniform in sports truly comes close to touching the Oakland Athletics’ perfect threads. The green and yellow combo is delightful, totally unique in baseball, and frankly, rarely seen in any other league (why haven’t more teams tried green?). The home whites practically glow. The script on the jersey has a timeless appeal, and the “A’s” logo on the hat is classic. I forget the story behind the elephant on the sleeve, but I love it nonetheless. And the color scheme (have I mentioned I love green and yellow) lends itself to seemingly endless alternative uniforms. The greenies seen below are particularly fantastic (and that’s right – the #1 team gets two photos).

What are your favorite baseball uniforms? Let me know!

Note: all pics above taken from teams’ Instagram accounts