What Are You Reading Right Now? 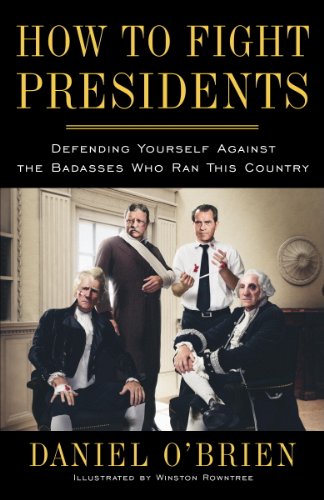 Kevin: How to Fight Presidents: Defending Yourself Against the Badasses Who Ran This Country by Daniel O’Brien. If Hamilton inspired newfound appreciation of the people who led this country, How to Find Presidents inspires fear and suspicion of the psychos who see a giant country with millions of citizens and think, “I must rule them.” In reality, the premise of preparing for a fight is just an excuse to dive into the truly bizarre character quirks of each dead president (writing a book about how to beat up living presidents is considered treason. Who knew?). It’s a fun little history lesson with some truly hilarious writing from O’Brien, which I expected considering his work on Last Week Tonight and Cracked.

Conor: Right now I’m reading Inside the Five-Sided Box: Lessons From a Lifetime of Leadership in the Pentagon (a bit of a mouthful, yes) by Ash Carter, who is most famous for serving as Secretary of Defense under President Obama. It is a great read for anyone who likes wonky books about leadership, government, politics, and the military – which I most certainly do. Carter’s tales of navigating DC throughout his career are enjoyable and feature fun stories of sparring with President Obama and other big names. I have also learned a ton about how the DoD and the defense industry as a whole operate.
I just recently finished Facebook: The Inside Story by Steven Levy, which was terrific. Published in 2020, the book gives an in-depth account of Facebook’s rise from dorm room to global behemoth, going into detail on the inner workings of the company and the double-edged sword of its “growth at all costs” mindset. The book is particularly timely in an election year, not to mention Mark Zuckerberg’s recent testimony on Capitol Hill at an antitrust hearing for big tech. Anyone who is curious about Facebook’s role in politics, media, business, and society at large will find this to be a compelling read.

Matt: A Drink Before The War by Dennis Lehane. Every once in a while I try to read a book that takes place in Boston because I enjoy having a familiarity with the area in which a story takes place. It allows me to really get into the book and understand the places and often times even the characters the author describes. This one was recommended to me for a few reasons – one being that Lehane is OFD and this was his debut novel, and because I really enjoyed Shutter Island by him. This is the first book in a crime mystery series (which includes Gone, Baby, Gone) taking place in Boston during the ’90s that also touches on racial and class warfare in the city, unfortunately something we are still seeing throughout the community today.

Kevin: Financial Intelligence: A Manager’s Guide to Knowing What the Numbers Really Mean by Joe Knight and Karen Berman. One of my first goals during quarantine was to learn the basics of personal finance. I’ve dug pretty deep into it, but anyone can get up to speed by spending an afternoon reading or going on YouTube (tldr – invest in S&P 500 ETFs and look out for ripoffs before you sign a loan agreement). This book is more focused on how finance and accounting affect businesses, but that information is also useful for investing and for proving your own value at your job. I figure this book will either inspire me to pursue a lifetime of financial expertise or bore me to tears, leading me to give up on this whole learning endeavor. Either way I’ll learn something about myself. 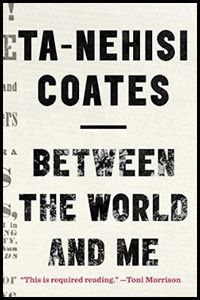 Conor: On my ever-growing list of books to read, two that I am most excited for are Between the World and Me by Ta-Nehisi Coates and Foundation by Isaac Asimov.
Between the World and Me has been featured on seemingly every reading guide for folks interested in learning more about race and racial justice. It has been on my personal list since it was published in 2015, and I honestly feel ashamed that I haven’t gotten around to reading it yet. I’m looking forward to finally diving in. Written by Coates as a letter to his son, this book has been praised for its raw, honest, and personal perspective. It feels more relevant now than ever.
Foundation, first published way back in 1951, is the first novel in one of the most beloved science fiction series of all time. I have found myself reading a lot of nonfiction this year, so this is an attempt to weave in something a little different. I have always been a big science fiction fan, and I am almost positive I will love this book. Also, Apple is creating a TV series based on Foundation, which is slated to come out in 2021. I don’t know much about the plot, but the trailer looks absolutely gorgeous. 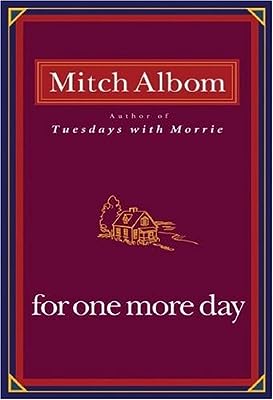 Matt: For One More Day by Mitch Albom. Truth be told, I have never read Tuesdays with Morrie or The Five People You Meet in Heaven which seemed hugely popular in the early to mid-2000s. But this one was just recently suggested to me by someone who knows me very well. And I do kind of enjoy somewhat philosophical books, ones that are self-reflecting, so especially during all that is going on in our lives, it might be a nice time to read it and appreciate who and what we have around us.