Being that the name of this blog stems from a line in the US Declaration of Independence, why not give some notes of what went on during my civic duty? 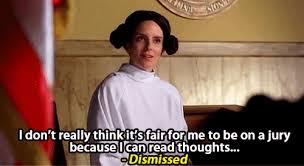 – It’s kind of funny to stand outside the courthouse waiting for it to open because you get to see the people who are there for jury duty and those who are there for their court appearance. Of course you avoid eye contact at all costs, but check everyone and convince yourself that they’re more likely to be picked than you. And you know they’re doing the same thing to you.

– Because this was at a district court, I’d say no more than 30 people are called per day. There were 20 people this day! It was explained that this particular court averages at least one trial a day, if not more. So even if you don’t get picked on one, you could serve on another! I’m gunna get picked, no doubt about it. Sure, only 6 people serve on a district court jury, but I’m convinced now that I’m going to be one of those people.

– While in the waiting area with all others who couldn’t get out of Jury duty, a rather large fellow shows up, late. He does not have the form you’re supposed to fill out and bring with you, because it “didn’t tell him to print it.” Instead of arguing with him, the lady working there gives him one to fill out. Well while the rest of us were standing in line to hand in our forms, he took some other guys seat! The look on this poor guy’s face when he realized the seat he picked out when there were only like 5 people in the room, is now not his any more was pretty sad. He looked defeated. Plus now he has to pick another seat where most of them are taken already.

– It did not help that this big guy is now sitting two seats over from me, yawning literally every 5 minutes. And those loud yawns too, his mouth wide open, “awwwwhhhhh” followed by some weird noises. You know that kinda yawn, right? Well it’s annoying as hell. It’s now 10 a.m and he’s drinking a soda which he takes down in no more than 5 gulps. He also shakes the can to see if there’s any left (there is not) but takes 2 more sips. Give me cancer now, God!

– Movie time!! If you’ve served before you know that they put this “movie” on detailing what you could be doing today as a juror. Let me just say they should have a disclaimer at the bottom saying these are paid actors. Guess which of these three quotes were said in the video…

All of them, these were all said in the video! Buncha phonies if you ask me. Listen, I’ve served before, like really served, on an actual case – None of those thoughts entered my head.

– By now I think I’ve checked every app on my phone, twice, so I decide to check out the magazines they have. And what do you know, the magazine selection is weak. Of the options were Time, Gardening, Car magazines and Good Housekeeping. I flipped through a Time magazine and read an article about how Google can prevent Death. Yes, that was the title. And by “read” I really mean skimmed over the words I could understand.

– Now it’s 11:20 and by a truly remarkable turn of events, the lady working busts in the door to let us know that there are no trials going to court and that we are all free to go! Yup, that was my day. It felt a lot longer than 3 hours and I thought for sure I was going to get picked to serve again, but nope! Live look in on that room…