Voiceover: Brian Fellow is not an accredited zoologist, nor does he hold an advanced degree in any of the environmental sciences. He is simply an enthusiastic young man with a sixth grade education and an abiding love for all of God’s creatures. Share his love, tonight on… BRIAN FELLOW’S SAFARI PLANET! 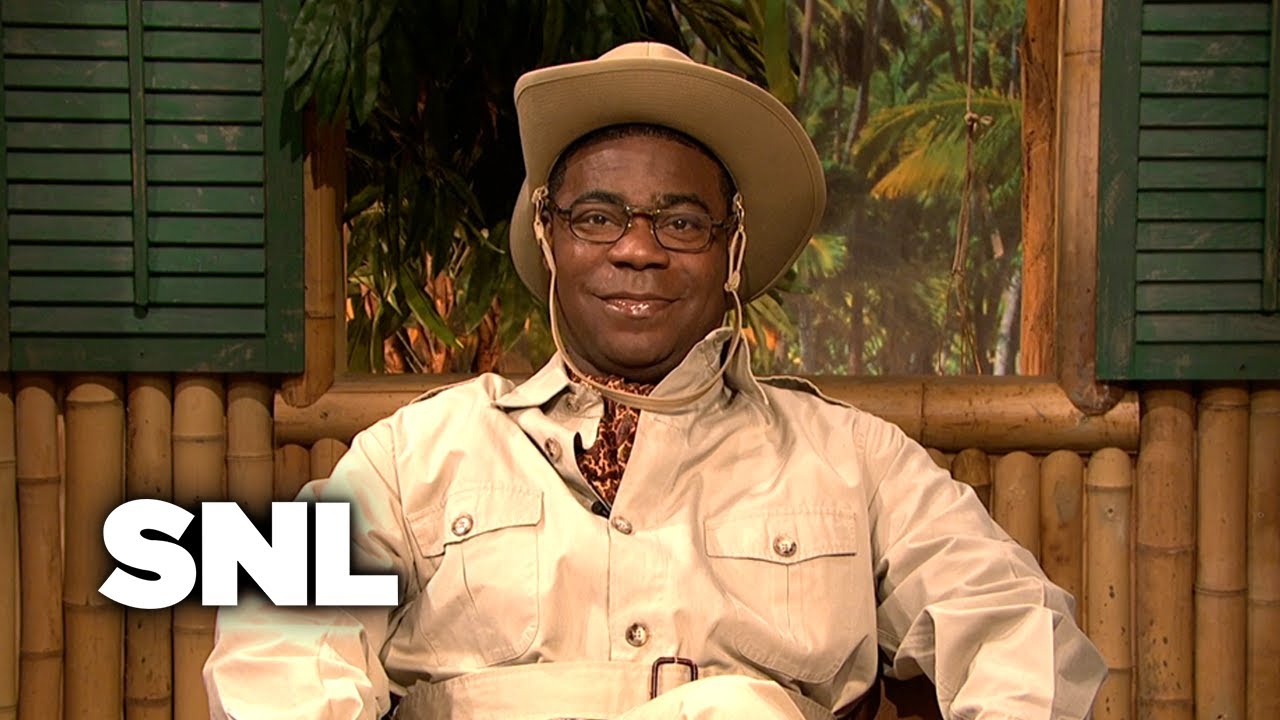 Brian Fellow: Good evening and welcome to Brian Fellow’s Safari Planet! I’m Brian Fellow! Today we gonna be meeting a animal with lots of teeth. I hope it don’t bite me, I know how tasty I must look in this hat. But our first guest is friends with Willie Nelson and is probably gonna die this week. Please welcome Michael Phelps!

Brian Fellow: You’re racing a shark this week and that’s crazy! How high you were when you agreed to this? It’s gonna eat you!

Michael Phelps: [Laughs] Luckily, we’re not swimming in the same area at the same time. We’re really just timing one another and seeing who can swim 100 meters faster.

Brian Fellow: I had a friend Mike-Mike that pushed me in the deep end of a pool when we were kids and all the other kids laughed at me. I couldn’t swim Michael Phelps!

Brian Fellow: I can’t trust you around a pool, Michael, get out of here! It was nice knowing you!

Brian Fellow: I’m anxious about our next guest. Please welcome a shark!

Brian Fellow: And who are you?

Alan Hester: Hi Brian, and behind us we have “Luther”, the Great White Shark we’ve been studying for the past 9 years.

Brian Fellow: He doesn’t look that great to me

Brian Fellow: [interrupts] Why couldn’t you bring a Great Yellow Shark on my show? I like yellow.

Brian Fellow: Did they attack too many people and that’s why they were all killed?

Alan Hester: Oh god, I… uh, no! Interesting fact though, while the Great White is a carnivore, they mostly live on a diet of seals and fish. But did you know that on average, there are only about 100 shark attacks each year while humans kill thousands of sharks in a year for food and for sport…

Alan Hester: But sometimes one sharks feeding attracts other sharks.  We call that a “feeding frenzy”…

Brian Fellow: I was at the beach once and heard a boy yelling “Help me! Shark!” But that boy was stupid cuz that shark was never gonna help him.

Imaginary Great Yellow Shark: You could’ve saved that little boy, Brian! He was calling for help!

Brian Fellow: Stop laughing at me!

Alan Hester: Well, they never did…

Brian Fellow: That’s all the time we have for today! Join me next time when we have on a [pauses] Yellow Frog? There’s no way I’m letting that frog on my show! I’m Brian Fellow! Rest in Peace, Michael Phelps!