Happy New Year everybody! Hopefully you all had a good 2014 and I wish you nothing but a happy, healthy and successful 2015… It seems like everyone is always talking about resolutions and what they want to change about themselves in the new year. That’s all well and good, but what I like to do in addition to resolutions is cross at least one thing off of my Bucket List. 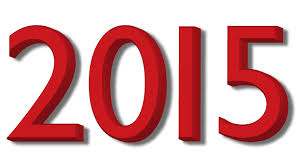 Some things need to be planned far in advanced. Last year it was Visit Ireland which was just an absolutely amazing trip. There are also times when something is more spur of the moment. This can be exciting because you get to cross it off your list unexpectedly. For example, a few years ago I was helping out at a charity golf tournament that my uncle was a part of. I was introduced to a friend of my uncle’s who was playing that afternoon; real nice guy. Turns out he drives a Maserati which is my dream car. After everything was over, he was leaving and asked if I wanted to take his car for a spin! Of course I did. So here I go driving an $80,000 car through the winding back roads of Plymouth with my cousin in the passenger seat and this guy in the back seat. He told me to really hit the gas pedal to fully experience the car. I ended up only topping out at like 70 mph but felt like I was going 120. For lack of a better word, it was awesome.

Anyways, in 2015 I need to cross at least one thing off of my Bucket List. As of today, I don’t have anything planned so I’m wide open and excited to see what this year brings! Feel free to throw out some suggestions that aren’t on here or help me accomplish something this year!!!